There are 10 monthly meetings: January-June; September-December 2021.

Due to the Corona virus situation, our meetings this year will be conducted on the Zoom until it is safe to meet as a group. 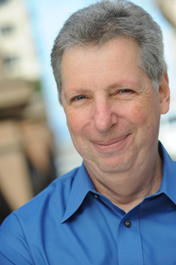 Ron has presented at 14 of the past 18 IAJGS conferences on a wide variety of subjects and has also been behind the scenes at 4 IAJGS conferences to help produce “Game Show Night/Jewish Genealogy Jeopardy”. Ron has traced his roots to Lithuania, Poland, Romania, England, Belarus, and the Ukraine. In 2006 Ron appeared on the PBS TV series The Jewish Americans. He has published three books including The Jews of Sing Sing and, most recently, Mind Maps for Genealogy. Ron earned a B.S. in Engineering from Princeton and an MBA from the Univ. of Chicago.

Show: Game Show Night – “Who Wants to Be A Rothchild?”

Game Show Night is almost a tradition at the IAJGS Conference. Specifically, ‘JewPardy’ (Jewish Genealogy Jeoprady) has been conducted at six previous IAJGS conferences to much acclaim. JewPardy is a takeoff of the standard game of ‘Jeopardy’ with certain twists to make more germain for Jewish genealogy audiences. Today, we will play “Who Wants to Be A Rothchild,” Ron’s spin-off of Who Wants to Be A Millionaire?. The result is an evening of education, jokes, mishaps, and LOTS of laughter. Not to be missed. 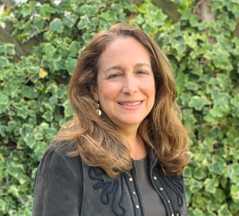 Sharon Taylor graduated from Cornell University with a Bachelor of Science Degree in Industrial and Labor Relations. For ten years, Taylor worked for the University of Colorado School of Medicine as a Professional Research Assistant.

Taylor and her husband live outside of Philadelphia where Taylor continues writing and researching her family and the Jews of Galicia. She is a member of Gesher Galicia, and the Jewish Genealogical and Archival Society of Greater Philadelphia. Her articles have been published in their journals, on The National Library of Israel Blog, and in Jewish newspapers in Philadelphia and Arizona.

Topic: Extra! Extra! Read All About it: Using Newspapers.com to Research Family History

Sharon Taylor’s roots lay in Mariampol, a typical small town in eastern Galicia (today western Ukraine), and in Philadelphia. No vital records are known to exist for the time Taylor’s family lived in Mariampol. In Philadelphia, it was rumored that Taylor’s family was involved in organized crime, an activity that strives to leave no trace. Turning to Newspapers.com Taylor explored the tale of her great-uncle’s kidnapping by the Russian Army. She’ll share her results and methodology as she tracks the struggles of Mariampol during the First World War, and finds evidence of her family’s colorful life in Philadelphia in the 1930’s.

You will be taken to our Donate page.  You can pay with your PayPal account or by a debit or credit card.

Thank you very much for your contribution!

The next IAJGS conference is scheduled to be held in Philadelphia, August 2nd-5th, 2021. We are the local co-hosts! As details are settled, more information will be posted here.

The “IAJGS Salutes! Committee” is pleased to announce that Shalom Bronstein has been awarded an IAJGS Salute! Award. IAJGS Salutes are designed to provide recognition on an ongoing basis of noteworthy projects, activities and accomplishments relating to Jewish genealogy at any time during the year in addition to the annual IAJGS achievement awards.

We are now accepting payment for the 2021 dues.

You can pay your dues, in person (when we have in-person meetings,) by mail or online.

In Person: Fill out the form online: JGASGP Membership Form . Bring the completed form to the next meeting, along with a check,  payable to JGASGP.

By Mail: Fill out the form online: JGASGP  Membership Form.  Follow the directions on the form and mail.